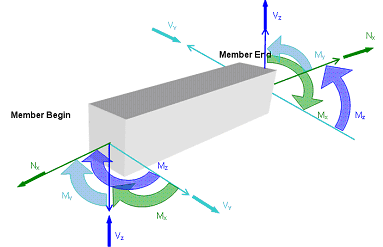 When the above actions have been performed, automatically is made the calculational analysis, the results of which are presented in the Unity Check table.

Proposal is used for determining the optimal logical values of acting loads. Proposal offers the optimal allowed modification of the construction model by making any necessary changes to the entered data.