To be able to import this data, the DXF file must be structured in the following way:

For a good mesh, it is important that objects do not have small mutual distances. The best is a distance of zero or a distance that is larger than the intended mesh size. Adjusting a FEM model for a better mesh can be done after importing. It is better to avoid any mesh problems during the creation of the DXF file. 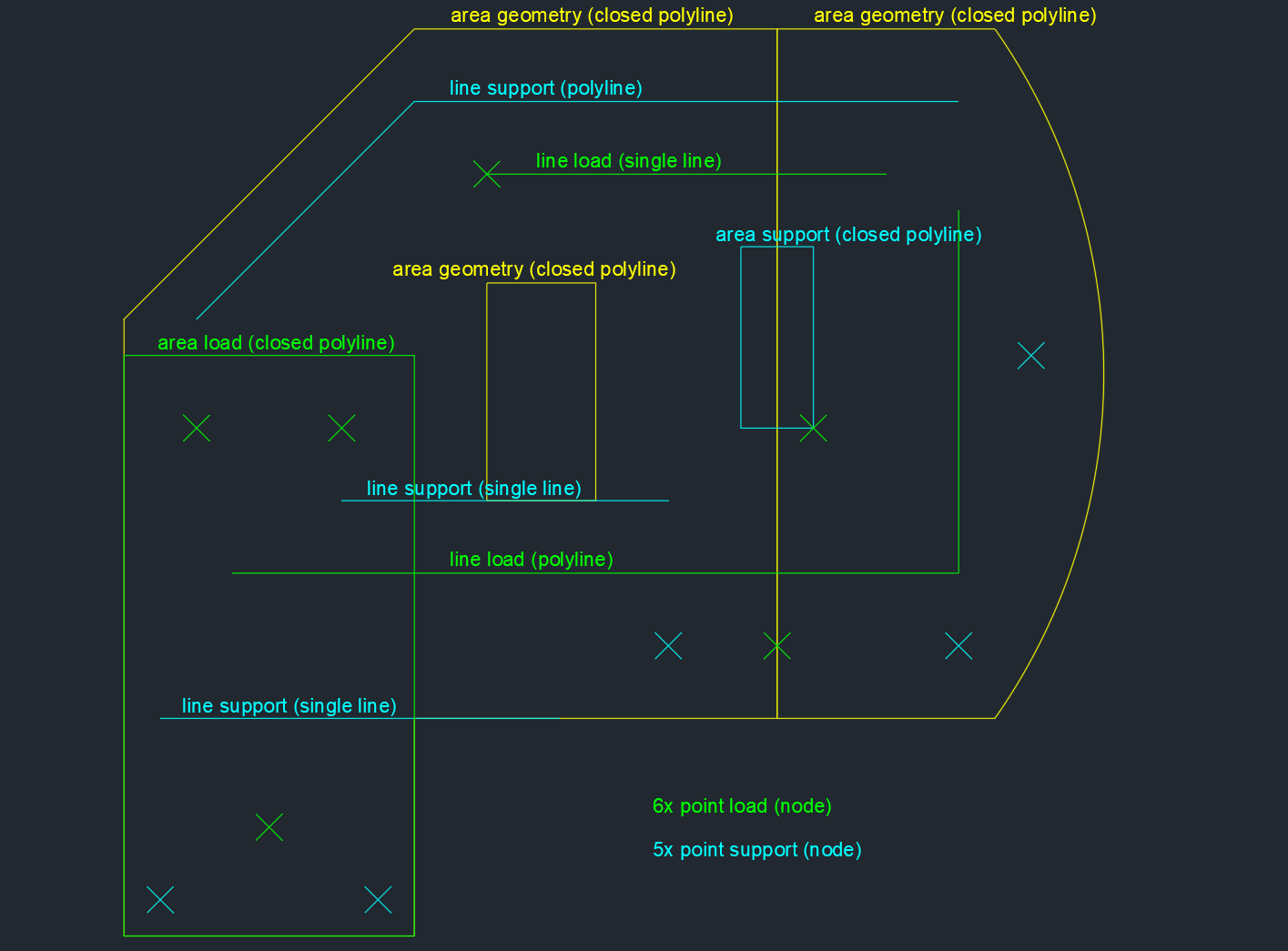